Ecuador has secured the rights to use a Peruvian pipeline to transport Amazon crude, the country’s Non-Renewable Natural Resources Ministry recently reported.

The Norperuano pipeline stretches from Peru's northeastern Loreto region to the port of Bayovar on the Pacific coast.

At the signing ceremony, Ecuadorian Non-Renewable Natural Resources Minister Wilson Pastor, commented that it was "true energy integration, in which two countries, Ecuador and Peru, are joining forces and needs."

Pastor added that his country will pay an initial transportation fee of US$ 10/bbl of crude passing through the pipeline.

"We want to return to crude production both in the domestic area as well as to explore in foreign areas," Mendez said after the agreement signing. He added as well that the agreement will boost business in Peru and allow the country to make greater use of its infrastructure.

A confidentiality agreement was also signed by both parties, which will allow Petroperu to participate in bidding for drilling concessions. The 11th bidding round is scheduled for 24th October, after which Ecuadorian oil is to be extracted.

It is estimated that the production potential of the oilfields to be auctioned off in that round is 35 000 bpd. Pastor also added that exploration studies to be carried out after the auction would likely cause reserves in that region – currently estimated at 100 million bbls – to rise to between 800 million -1.5 billion bbls.

A US$ 300 million conduit extending approximately 100 km (62 miles) will be built to link the fields in Ecuador's southern Amazon region to the Norperuano pipeline in north Peru. Currently, the pipeline is at half capacity, transporting around 200 000 - 250 000 bpd.

Oil is Ecuador's main export product and also a key source of government revenue. Most of the country’s oil comes from the northern part of its Amazon region, where some 500 000 bpd are extracted and transported via the SOTE and OCP pipelines.

Read the article online at: https://www.worldpipelines.com/business-news/10082012/ecuador_and_peru_sign_crude_oil_pipeline_agreement_262/ 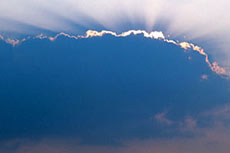 Oil and gas imports and exports may be on the decline in Europe and the Mediterranean region, but the sector is as politically relevant as ever. Dr. Hooman Peimani looks at the transportation routes in the pipeline and their impact. 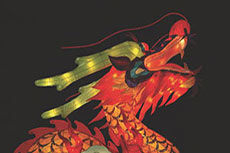