Subsea laser and imaging provider 2G Robotics has rebranded to Voyis and confirmed a new leadership team. Over the last 10+ years, 2G Robotics has made a significant impact across the ocean sector by commercialising the first subsea dynamic laser scanner and deploying it across countless platforms and projects worldwide. 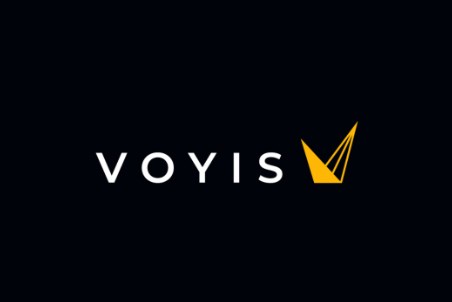 In the last 18 months there has been significant change at the company, including an acquisition by Sonardyne Group and a leadership transition. This provided 2GR Robotics the perfect opportunity to redefine their brand and reintroduce themselves as Voyis (Voyis Imaging Inc.).

The name Voyis stems from the word voyage, more specifically a voyage into the darkness. The name is also inspired by the essence of the industry – discovery and exploration.

Chris Gilson, acting General Manager of 2G Robotics, has been confirmed to the position of CEO. Gilson was one of the original employees and joined 2G Robotics in 2013 as the Lead Mechanical Engineer, before transitioning to the role of Product Development Manager. He will be supported by the new management team including Luke Richardson, VP Sales and Marketing, and Adam Riese, VP Engineering & Operations.

Gilson says, “We are extremely proud of what our team has accomplished, and wanted a new and exciting brand that better reflects our vision and passion as we enter the next stage of our journey. It's an exciting time for us and we are more focused than ever on pushing the limits of subsea optical technology to better understand the oceans and illuminate the unknown.”

The rebrand has also brought new names to core product lines that better align with their mission: enabling every subsea vehicle to see the depths like we see the surface. The well-known ULS line of underwater laser scanners are now named the Insight Laser Scanners, and a new line of Perception ROV skids was introduced.

Voyis is based in Ontario, Canada. The company was founded in 2007, and will continue to operate in its current location as the same corporation, a subsidiary of Sonardyne Group.

Read the article online at: https://www.worldpipelines.com/business-news/09062021/2g-robotics-announces-new-name-voyis-and-leadership-team/