McCrea said that an open season launched in June and extended in August to gauge demand for a new 160 mile pipeline connecting an existing Illinois-to-Louisiana pipeline to the St. James, Louisiana oil hub lacked enough commitments to justify its construction.

Energy Transfer is still moving forward with converting the 574 mile stretch of natural gas pipeline to move crude oil from Patoka, Illinois to Boyce, Louisiana. It will, however, do so without Canadian pipeline giant Enbridge Inc., its former partner in the project.

That project is one of several underway that aim to move more Canadian heavy crude to Gulf Coast markets.

"We will continue to be in dialogue with them [Enbridge] and their customers to receive volumes off of their system," but Energy Transfer will move forward with the EGCA conversion project on its own, looking to fill the line "from multiple sources to different markets along the Gulf Coast," McCrea said.

McCrea also said the 420 000 bpd conversion project could start up in late 2015 or early 2016, possibly extending the company's previous estimates of a 2015 startup.

At the same time as Energy Transfer conducted its open season on the EGCA project, Enbridge did the same for its proposed Southern Access Extension, known as SAX. Both open seasons ended 30th September.

The SAX project would involve a 165 mile pipeline to move Canadian heavy crude from Enbridge's Flanagan Terminal near Pontiac, Illinois, to the Patoka hub. From there, Energy Transfer's converted line could move it to Louisiana and US Gulf Coast refining markets, where much of the nation's largest refining hub is configured to run heavy crude.

Stephen Wuori, Enbridge's Executive Vice President of liquids pipelines, told analysts on that company's Q3 call this week that executives were processing the SAX open season results "as we move toward construction of that line."

Wuori also said Enbridge would not move forward with its joint venture with Energy Transfer on the EGCA project. "The Eastern Gulf remains an important market, in our view, for barrels," Wuori said. Once markets in the Midwest, Houston and Port Arthur, Texas, have been served, "we may revisit that project down the road," he said.

Enbridge Chief Executive Al Monaco added that the Eastern Gulf market "needs to be accessed," but the current issue involves timing and availability of crude to move along the EGCA path.

Wuori said the 300 000 bpd SAX project is designed to serve refineries in Ohio and Kentucky, which have expressed interest in it. Beyond those, "as Al said, it could be a matter of timing as to whether that then becomes movements south from Patoka a swell as east from Patoka."

Other projects slated to start up in coming months include the southern leg of Transcanada Corp's Keystone XL pipeline - known as MarketLink - that by the end of 2013 is slated to start moving 700 000 bpd of Canadian crude from the US crude hub in Cushing, Oklahoma, to the Gulf Coast.

Also expected to be completed next year is Enterprise Products Partners' joint-venture Seaway pipeline expansion - pushing Cushing-to-Texas movements to 850 000 bpd from 400 000 bpd, including some Canadian crude.

Read the article online at: https://www.worldpipelines.com/business-news/07112013/energy_transfer_shelves_louisana_only_pipeline_leg/

BC and Alberta reach a tentative agreement that opens the possibility of new oil pipelines. 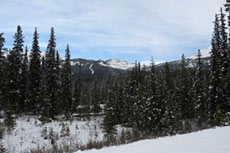 Enbridge has been selected by Fort Hills and Suncor to develop a new US$ 1.6 billion pipeline. 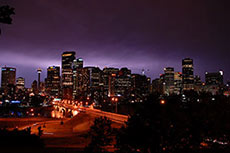 The oil and gas sector in North America is undergoing a monumental shift, but moving oilsands crude south is posing its own challenges. Gordon Cope reports.