The boom in shale oil production from the Williston basin, hosting the Bakken and Three Forks shale formations, had outpaced pipeline capacity, leaving companies with rail as the primary alternative transit option. But the state's oil production has plateaued with the sharp drop in oil prices.

As of the end of June, the most recent figures available, shipments of Bakken crude oil from North Dakota via rail and pipeline were essentially equal: 47% by rail, 46% by pipeline.

"My estimation is rail shipments have gone down substantially since the peak in late 2014," said Justin Kringstad, Director of the North Dakota Pipeline Authority, which tracks oil shipments by pipe and rail.

As additional pipelines reach completion in 2017 and beyond, the shift to exporting more oil via pipeline could get a boost.

Read the article online at: https://www.worldpipelines.com/business-news/07092015/north-dakota-crude-by-rail-transportation-falls/ 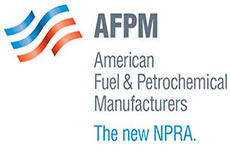 AFPM has commented on the US Department of Transport decision to Amend the Emergency Order on the transportation of crude oil by rail.