The sudden closure of the Keystone oil pipeline from Canada has forced Phillips 66 to shut several units at its Illinois refinery.

TransCanada Corp said it had shut its 590 000 bpd Keystone pipeline system, which carries light and heavy crude from Alberta to Cushing, Oklahoma, and into Texas, on Saturday due to a potential leak in South Dakota. It told shippers the line may not resume operating until Friday.

Company work crews are still investigating the leak, along with PHMSA.

Phillips' Wood River, Illinois, plant has shut down a 64 000 bpd sour crude unit and a 16 000 bpd coker due to the disruption in supply.

A day ago it had cut production rates at the 306 000 bpd refinery, although it has since restored full operations at other units.

The company also advanced some planned work on the units during the shutdown, which could extend beyond the restart of the pipeline.

Phillips 66 confirmed that it cut rates at the refinery but stressed: "At this time we are still meeting product supply commitments to our customers in the region.”

Read the article online at: https://www.worldpipelines.com/business-news/07042016/keystone-shutdown-causes-disruption-at-key-refinery/ 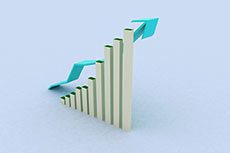 Phillips 66 generated US$1.5 billion in cash from operations in 4Q15, with the Refining segment achieving 94% utilisation.

The acquisition will strengthen the company’s automation capabilities.