The company, along with Exxon Mobil Corp. (its partner in the project), sought approval from the US Federal Energy Regulatory Commission for the two potential gas pipelines in January.

The primary project would cost approximately US$ 32 - 41 billion and will cover 1700 miles from Prudhoe Bay to Alberta, Canada. It would connect with TransCanada's existing pipeline system that carries gas into the US.

The other pipeline would cover 800 miles to transport gas to a port in southern Alaska where it would be liquefied for transport to Asia and other foreign markets.

TransCanada and Exxon plan to build one of the two proposed projects, depending on which one generates the most interest from potential customers.

TransCanada plans to hold its ‘open season’ for the Alaska gas pipeline projects between 30 April – 30 July 2010.

The long-haul pipeline would ship up to 4.5 billion ft.3/day of gas and could be expanded to carry 5.9 billion ft.3 a day.

Read the article online at: https://www.worldpipelines.com/business-news/07042010/transcanada_corp_gains_approval_from_us_regulators/ 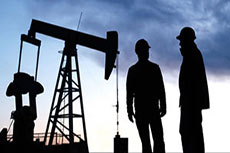 Some landowners are calling for TransCanada to post bonds to protect the company’s proposed XL oil pipeline in western South Dakota.