Statoil has awarded the service contracts for seven bases for the company in Norway. These contracts have been awarded to NorSea Group AS, Saga Fjordbase AS and Asco Norge AS.

The contracts awarded include terminal and warehouse services as well as storage and pipeline handling.

“These contracts, which will involve a long-term cooperation with the chosen suppliers, will result in great savings for Statoil’s logistical operations. Logistics represent some 10% of our field costs and making base operations more efficient is essential for extending the lifetime of the fields we operate,” says Astrid Sørensen, SVP for operations in Statoil.

These contracts, which in total are values at roughly NOK 5 billion over a 10 year period, will therefore ensure a high level of activity and value creation over a lengthy period.

“Services at all seven bases in Norway have for the first time been subject to tender at the same time, and it has been good to see many companies making bids. The results of the tender establish the basis for safe and efficient operations at Statoil’s coastal bases in the years ahead,” adds Sørensen.

“In addition, Statoil is taking several steps to increase the efficiency of the logistics chain between the coastal bases and our offshore installations. We will be achieving considerable economies of scale and synergies by introducing new sailing schedules for the supply of our offshore installations and a greater degree of specialisation at the different bases in the forthcoming contract period. The aim is to ensure long-term activity and value creation on the Norwegian continental shelf.”

“During the second half of 2014 we completed a thorough bid process in which price, quality and technical competency were carefully evaluated. The bid process gave participants the opportunity to offer their services. Statoil and the industry are in a situation where we have to reduce our costs and increase operational efficiency. These new base contracts will make a significant contribution here,” says Jon Arnt Jacobsen, SVP for the supply chain.

Read the article online at: https://www.worldpipelines.com/business-news/07012015/statoil-awards-contracts-for-services-at-seven-coastal-bases/

The challenges presented by COVID-19 forced many pipeline operators to think out of the box and accelerate the pace at which they implement digitalisation changes across their operations. 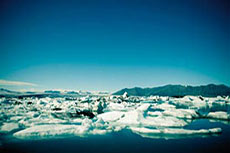