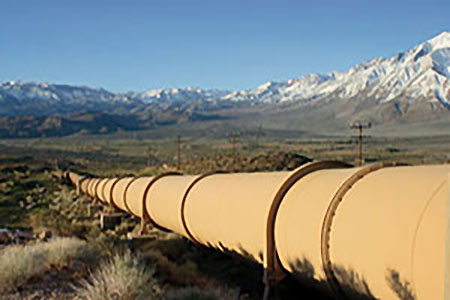 The pipeline operated at full capacity for the quarter with an average daily throughput on the mainline of approximately 339 000 bpd, with 28 000 bpd to Westridge Marine Terminal and 225 000 bpd to Washington state on the Puget Pipeline.

“Trans Mountain’s third quarter results demonstrate the company’s consistent financial and operational performance,” said Dawn Farrell, President and CEO, Trans Mountain Corporation. “We remain focused on safe construction of the Expansion Project while steering the next phase of the Company’s future with successful completion of the Project.”

To date, TMC and their contractors have hired approximately 27 000 people, of which more than 10% were Indigenous. As of 30 September 2022, 15 560 people are currently working on the Project in hundreds of communities across British Columbia and Alberta.

During the quarter, TMC finished drilling on the 2.6 km underground tunnel connecting Burnaby Terminal and Westridge Marine Terminal. Drilling took 225 mining days with 20 hr/d of mining, and approximately 225 000 hr were worked during drilling. Now that drill completion is done, TMC will begin pipe installation through the tunnel for the three 30 in. delivery pipelines to load vessels at Westridge Marine Terminal.

“The Expansion Project is now more than 70% construction complete. We have more than 650 km of pipe in the ground, and our facilities and pump stations are over 90% complete,” added Farrell. “Across Alberta and BC, we are in the process of transitioning our completed facilities and pump stations over from Project to operations. This is a great step forward towards successful integration of the new pipeline later in 2023.”

As of 30 September 2022, the overall project including upfront permitting, regulatory approval, and advance purchase of materials is approximately 73% complete. Since the Project’s inception, CAN$16.6 billion in construction capital spending has been incurred to the end of 3Q22, including a total of CAN$2.4 billion and CAN$6.1 billion for the three and nine months ended 30 September 2022, respectively.

TMC anticipates mechanical completion of the Project to occur at the end of 3Q23 with commercial service of the Project expected to occur late in the fourth quarter of 2023. TMC’s projected Adjusted EBITDA is expected to be approximately CAN$2 billion in the first full year of the Expansion Project’s operation and expected to grow annually thereafter. These projections are underpinned by long-term contractual commitments for 80% of the system’s 890 000 bpd of capacity and expected utilisation of uncontracted capacity of the system once in service.

Read the article online at: https://www.worldpipelines.com/business-news/06122022/trans-mountain-3q22-results/