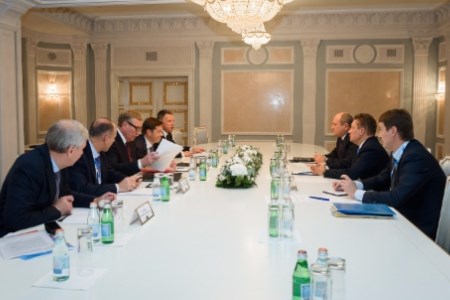 At the meeting, it was noted that the long standing co-operation between Gazprom and Russian pipe producers allowed the manufactures to start the production of high quality products.

With the current technological level, domestic pipe companies may be able to compete successfully for pipe supply contracts on Gazprom's major international projects.

Read the article online at: https://www.worldpipelines.com/business-news/06102016/gazprom-discusses-the-future-with-pipe-companies/