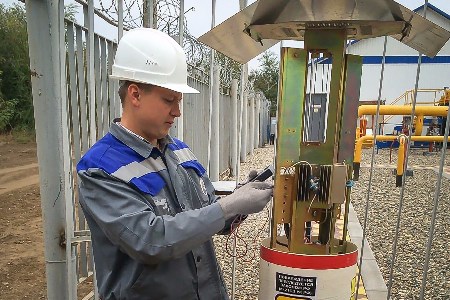 Taking part in the contest were over 140 young employees of the company who submitted 324 innovative proposals to the expert committee. The proposals generated a total economic benefit of over RUB 27 million. The most effective solutions included measures aimed at increasing corrosion resistance of gas pipelines, improving automation processes, and enhancing reliability of gas compressor engines at compressor stations. The winners were selected in absentia. The jury had the following evaluation criteria: number of submitted innovative proposals, the resulting economic benefit, and the value of solutions adopted in industrial processes.

“Efficiency is one of the company’s priorities,” says Alexey Zavgorodnev, Director General of Gazprom Transgaz Stavropol. “The company is taking extensive efforts to engage as many employees as possible, including young professionals, in creative engineering. Our goal is to build a reliable and close-knit team of experts capable of handling operational challenges.”

The winner, Artyom Mameev, is now going to participate in the second round of the Gazprom’s Best Young Innovator contest.

Read the article online at: https://www.worldpipelines.com/business-news/04112016/gazprom-transgaz-stavropol-declares-best-young-innovator/