The second SPE Caspian Technical Conference and Exhibition (CTCE), officially got underway today at the Fairmont Hotel in Baku, with over 500 oil and gas professionals from IOCs and NOCs, as well as government representatives, service companies, scientists, and others expected to attend and contribute.

Speaking at the opening of the conference, Academician Khoshbakht Yusifzadeh, First Vice President, SOCAR underscored that Azerbaijan had had one of the fastest-growing economies in the world over recent years, thanks predominantly to the oil and gas industry and major finds such as the Shah Deniz gas field.

Yusifzadeh went on to highlight the importance of nanotechnology, which he felt would play a special role in the growth of the oil and gas industry over the coming years.

Martyn Smith, Vice President, Reservoir Development, BP reflected on the challenges that the industry is facing, not only in the Caspian region but also around the world, due to the continuing low oil price. He struck an optimistic note, however, predicting that new technologies and human capital would help the industry overcome these challenges.

The opening ceremony came after a day which reflected SPE’s dedication to providing unparalleled technical content, with a successful series of training courses delivered in Baku on Monday. The commitment of senior officials and industry representatives to the event was evident in a prestigious VIP reception held in Baku on Monday evening, which was attended by seven foreign ambassadors as well as senior executives from the main oil and gas companies present in Azerbaijan and beyond. The reception was sponsored by UK Trade and Investment (UKTI), a UK government department.

Over the next three days attendees are set to hear from high-profile speakers and panelists and enjoy a packed technical programme, as well as networking with peers. Hosted by SOCAR (State Oil Company of Azerbaijan Republic), and co-hosted by BP, the event enjoys the support of both the Ministry of Energy as well as the Ministry of Education in Azerbaijan.

Read the article online at: https://www.worldpipelines.com/business-news/04112015/second-caspian-technical-conference-begins/ 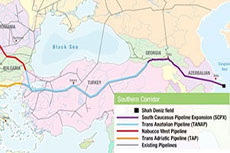 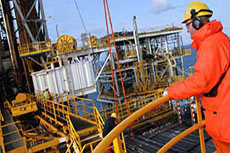 The Caspian Pipeline Consortium is to expand its pipeline capacity to 67 million tpa at a cost of US$ 5.4 billion. The expansion will allow Kazakhstan to increase it oil exports.