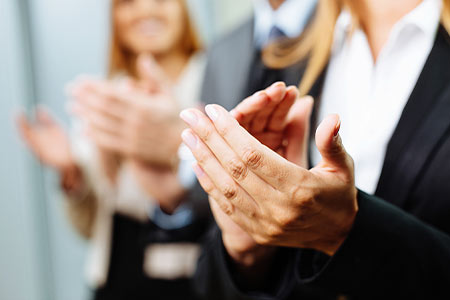 WES President, Benita Mehra, commented: “As we approach our centenary in 2019, I am delighted that Elizabeth Donnelly is joining WES as CEO. Elizabeth has a strong track record of success embracing engineering, diversity and charities and is ideally suited to lead WES into our second century.”

After an early career in IT, Donnelly graduated from the Open University, specialising in systems thinking. She worked with Rolls-Royce from 2005-2008 and was awarded Membership of the Royal Aeronautical Society as a result. Donnelly went on to lead skills policy for ADS Group Ltd, the trade association for aerospace, defence and security. She chaired the RAeS Education and Skills Committee and was a founder member and later Deputy Chair of the Women in Aviation and Aerospace Committee. Donnelly also founded the RAeS Amy Johnson Named Lecture in 2011 and from 2008-2011 was a Non-Executive Director of the East Midlands Regional Development Agency. In 2013 Donnelly set up her own consulting company working with charities and universities and graduated with an MSc in Systems Thinking in Practice from the Open University in 2017.

Donnelly commented: “I am delighted to be appointed Chief Executive at WES as we celebrate our centenary. I am really looking forward to working with our members, partners, other professional engineering institutions and the wider public to showcase the success of women engineers who have gone before us and those who will transform our future.”

During its centenary in 2019, WES will be undertaking a variety of national and local events and activities. These are in recognition of the many women who have made a significant contribution in the past, and to embrace future change where we expect to see more women working in engineering and related careers. The 2019 WES centenary celebrations include: the WES Centenary Trail, the WES Centenary Annual Conference, ‘100 Violets’ – an activity being led by the WES Young Members’ Board, plus locally organised events. In addition to this, our annual campaign ‘International Women in Engineering Day’ (INWED) has the theme ‘30by30’, signifying our aim for 30% of the engineering workforce to be women by 2030.

The Women's Engineering Society is a UK-based charity and a professional network of women engineers, scientists and technologists offering inspiration, support and professional development. Working in partnership, it supports and inspires women to achieve as engineers, scientists and as leaders; it encourages the education of engineering; and supports companies with gender diversity and inclusion.

Read the article online at: https://www.worldpipelines.com/business-news/04092018/womens-engineering-society-appoints-new-ceo/