BP has announced that it has entered into agreements with ConocoPhillips that will significantly increase its holding in the Clair field, a core asset of BP’s North Sea business in the UK, while also selling its non-operating interest in the Kuparuk and satellite oilfields in Alaska. 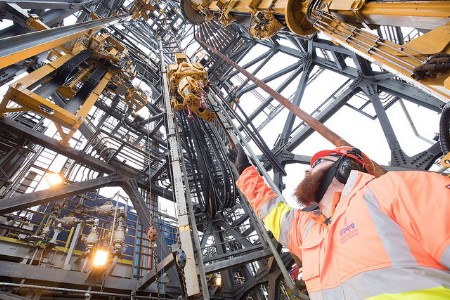 Separately BP has entered into agreements to sell to ConocoPhillips BP’s entire 39.2% interest in the Greater Kuparuk Area on the North Slope of Alaska as well as BP’s holding in the Kuparuk Transportation Company.

Details of the transactions are not being disclosed but, excluding customary adjustments, the transactions together are expected to be cash neutral for BP and ConocoPhillips. The transactions, which will be subject to State of Alaska, US federal and UK regulatory approvals and other approvals, are anticipated to complete in 2018.

“This is a further step in focusing our portfolio around core assets and developments which have the potential for significant growth. Clair is a key advantaged oilfield for our North Sea business, a giant resource whose second phase is about to begin production and which holds great potential for future developments,” said BP Upstream Chief Executive Bernard Looney.

“In Alaska, this transaction will increase our focus on managing our deep resource base at the massive Prudhoe Bay oilfield and help enable a more competitive and sustainable business for BP.”

The giant Clair field west of Shetland has a complex fractured reservoir estimated to have had more than 7 billion bbls of hydrocarbons originally in place. The field is operated by BP which currently holds a 28.6% interest. Production from Clair’s first phase of development began in 2005 and the field produced an average of 21 000 boe/d in 2017. A major second development phase, Clair Ridge, is expected to start production later this year with production capacity of 120 000 boe/d. Appraisal has also identified potential for future stages of development of Clair.

Read the article online at: https://www.worldpipelines.com/business-news/04072018/agreements-made-between-bp-and-conocophillips-for-oilfield-interests/