TransCanada Corporation has entered into an agreement to sell its remaining 30% interest in Bison Pipeline LLC to its master limited partnership, TC PipeLines, LP for cash proceeds of US$ 215 million. The sale is expected to close on 1 October 2014.

"The Bison transaction advances our previously stated commitment to sell the remainder of TransCanada's US natural gas pipeline assets to the Partnership," said Russ Girling, TransCanada's President and Chief Executive Officer. "As TransCanada continues to progress our unprecedented US$ 38 billion capital programme, we intend to drop down the remainder of those assets on a more sizeable, frequent basis over the coming quarters and years. This will provide TransCanada with significant cash proceeds to help fund our capital programme and enhance the size and diversity of the Partnership's asset base, positioning it with visible, high quality future growth."

Through execution of its industry-leading capital programme and ongoing growth in its three core businesses, underpinned by its asset base and financial strength, TransCanada is well positioned for significant sustainable growth in earnings, cash flow and dividends. TransCanada remains wholly committed to enhancing shareholder value including the continuous evaluation of its approach to capital allocation.

Bison is a 487 km natural gas pipeline connecting Rocky Mountain gas supply to downstream markets through the Northern Border pipeline system. The pipeline was constructed in 2010 and placed into service in January 2011. TransCanada's Board of Directors approved the sale of Bison earlier this year subject to reaching satisfactory terms with the Partnership.

The remaining US natural gas pipeline assets available to be sold into the Partnership include:

Including the Bison transaction, these assets are expected to generate US$ 500 million of EBITDA in 2016 and beyond.

"We are extremely pleased with the recently announced full re-contracting of ANR's southeast mainline for an average term of 23 years, which will be entirely in place by the Fall of 2015," added Girling. "The anticipated drop down of ANR over the coming years will deliver significant value to both TransCanada shareholders and the Partnership's unit holders."

In August, the Partnership instituted an At-The-Market unit issuance programme, which will provide it with the ability to raise equity of up to US$ 200 million on a continuous basis. TransCanada management believes the Partnership has the capacity to complete drop downs in excess of US$ 1 billion per year going forward. Future drop downs will be subject to requisite TransCanada and Partnership Board approvals as well as market conditions.

TransCanada, through its subsidiaries, currently holds a 28% interest in TC PipeLines, LP, a United States master limited partnership, which was formed to acquire, own and actively participate in the management of US natural gas pipelines and related assets.

Read the article online at: https://www.worldpipelines.com/business-news/03102014/transcanada-sells-30-interest-in-bison-pipeline-879/ 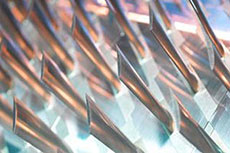 Increased efficiency and reduced emissions over a wide operating range make the operability of the new gas turbine extremely flexible.

TransCanada has filed a project description for a new gas pipeline in eastern Canada that will replace capacity being converted to carry crude for the Energy East oil pipeline. 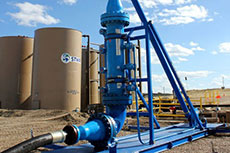