Dominion Resources Inc. has entered into a joint venture with three other US energy companies for a US$ 4.5 - 5 billion pipeline that will ship natural gas to North Carolina and Virginia.

The natural gas pipeline will connect the Southeast with the prodigious supplies of natural gas being produced in Pennsylvania, Ohio and West Virginia.

It is designed to tap the rapidly growing supplies of gas produced in two geologic formations, known as the Marcellus and Utica shales, that are now accounting for more than a quarter of the nation’s natural gas. In the past, the Southeast has received nearly all of its gas from more traditional gas-producing states of Louisiana, Texas and Oklahoma.

The pipeline would carry up to 1.5 billion ft3/d of natural gas.

The pipeline requires approval from the Federal Energy Regulatory Commission and state regulatory commissions. The pipeline partners expect to receive approval by mid-2016 and to start operating the pipeline in 2018.

Dominion is determining the best route for the pipeline and will seek to secure approval from the Federal Energy Regulatory Commission by the Summer of 2016. The company said it expects to begin construction shortly thereafter.

Read the article online at: https://www.worldpipelines.com/business-news/03092014/us5-billion-atlantic-coast-pipeline-proposed/

An increase in Bakken crude has produced record growth in pipeline transportation figures. 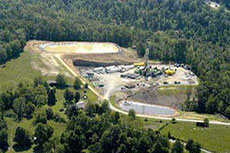 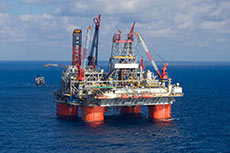 According to the US Energy Information Administration, energy production and other mining accounts for a large percentage of some state economies.