Equinor and the partners in the Troll licence today submit the plan for further development of the gigantic Troll field on the Norwegian continental shelf (NCS) to the Ministry of Petroleum and Energy. 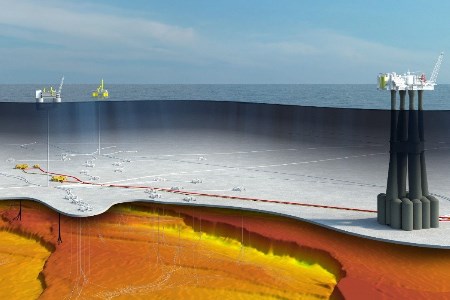 “The third phase of the Troll development realises 2.2 billion boe, it has a break-even of less than US$10/bbl and a carbon intensity of 0.1 kg/bbl. This is probably one of the most profitable and robust projects in the company’s history,” says Margareth Øvrum, Executive Vice President for Technology, Projects and Drilling of Equinor.

The capital expenditures for the project are estimated at NOK 7.8 billion (approximately US$959 million), helping extend the productive life of the Troll field beyond 2050.

“The Troll oil and gas field is in a class by itself globally. The plan for development and operation for the next phase of the Troll development submitted today is highly important both to the future value creation for Norwegian society, but also to ensuring future gas deliveries to Europe,” says Øvrum.

“The Troll operations have generated great value for the whole society. Since it came on stream in 1995 the Troll field has generated an estimated NOK 1400 billion in revenues, equivalent to NOK 175 million per day in average. In the future we estimate that Troll will create even greater value,” says Gunnar Nakken, Equinor’s Senior Vice President for Operations West.

The expected future value creation from Troll is estimated at NOK 1650 billion.

A large share of the Troll cashflow goes to the Norwegian State through taxes, and the State’s direct financial interests. The Troll field has thus added more than NOK 1000 billion to the State revenues.

“The further development of Troll will also strengthen Norway’s ability to supply Europe with gas. The gas from Troll will ensure reliable, profitable and carbon-efficient gas supply equivalent to the consumption of 50 million households in Europe for 30 years in the future,” says Nakken.

The annual export volume from Troll is estimated to be 8% of EU’s gas consumption.

The gas is produced on the Troll A platform, which is electrified. The production therefore generates very low CO2 emissions. The gas is piped to Kollsnes, where it is cleaned, dried and compressed before being transported to Europe in the Zeepipe pipelines.

Equinor will today sign contracts within marine installations and subsea facilities worth a total of approximately NOK 750 million with the companies Allseas, Nexans and Deep Ocean.

Earlier this year the partnership awarded contracts for subsea facilities and the construction of a new processing module on the Troll A platform to Aker Solutions.

Read the article online at: https://www.worldpipelines.com/business-news/03072018/submitting-plan-for-the-record-breaking-troll-gas-project/