“Enterprise reported record onshore liquid pipeline volumes and marine terminal volumes in 2Q16, which led to a 5.3% increase in distributable cash flow to US$1 billion and provided 1.2 times coverage of the distribution to partners declared for the second quarter,” said Jim Teague, Chief Executive Officer of Enterprise’s general partner. “Volume growth was primarily driven by the expansion of our LPG marine terminal, the ramp up of contracted volumes on our Aegis and ATEX ethane pipelines, the acquisition of EFS Midstream, as well as higher volumes on the Mid-America, Seminole and TE Products pipeline systems. The increase in gross operating margin from our fee-based businesses largely offset lower earnings from our commodity-sensitive businesses, the impact of lower crude oil pipeline volumes and the divestiture of our offshore Gulf of Mexico business in July 2015.”

“Enterprise successfully completed construction and began commercial service for US$600 million of growth capital projects in the second quarter. These included the South Eddy natural gas processing plant in the Delaware Basin and completion of over 2 million bbls of additional crude oil storage capacity at our Houston terminal and Beaumont Marine West terminals. We are on schedule to complete and begin commercial service on another US$1.4 billion of growth projects during the remainder of 2016, including our ethane export facility on the Houston Ship Channel and the Waha natural gas processing plant in the Delaware Basin. In addition, we have US$5.2 billion of growth capital projects scheduled to be completed in 2017 and 2018. These capital projects provide our investors visibility to continued growth in distributable cash flow,” continued Teague.

Gross operating margin for Enterprise’s octane enhancement and high purity isobutylene business was US$21 million in 2Q16 versus US$68 million in 2Q15. The US$47 million quarter to quarter decrease was primarily due to lower sales margins and volumes. Total plant production volumes were 22 million bpd this quarter compared to 24 million bpd for 2Q15.

Total debt principal outstanding at 30 June 2016 was US$23 billion, including US$1.5 billion of junior subordinated notes to which the nationally recognised debt rating agencies ascribe partial equity content. At 30 June 2016, Enterprise had consolidated liquidity of US$4.7 billion, which was comprised of unrestricted cash on hand and available borrowing capacity under our revolving credit facilities. The company used US$1 billion of liquidity on 11 July 2016 to fund the second and final installment payment for the EFS Midstream acquisition.

The weighted average indicative market price for NGLs (based on prices for such products at Mont Belvieu, Texas, which is the primary industry hub for domestic NGL production) was US$0.50/gal. during 2Q16 versus US$0.52/gal. for the 2Q15.

A change in Enterprise's consolidated marketing revenues due to lower energy commodity sales prices may not result in a similar change in gross operating margin or cash available for distribution, since the consolidated cost of sales amounts would also change due to comparable decreases in the purchase prices of the underlying energy commodities.

Read the article online at: https://www.worldpipelines.com/business-news/02082016/enterprise-releases-second-quarter-2016-results-3835/ 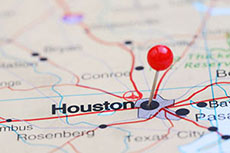 Enterprise Products Partners has loaded its first two vessels with polymer grade propylene for export at its terminal along the Houston Ship Channel. 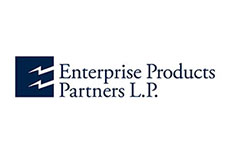 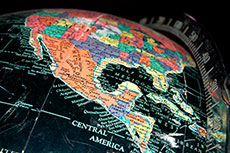 Enterprise and Genesis complete crude oil pipeline in the deepwater Gulf of Mexico.