For more than 40 years, Gerry has been in the heavy equipment sales and rental business with the majority of this time focused on the pipeline industry. 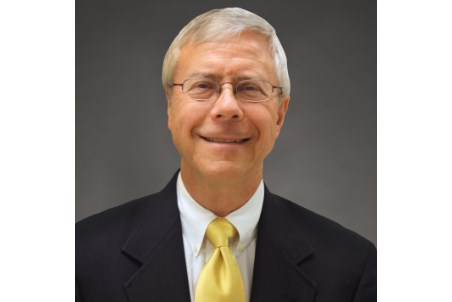 Gerry began his career with Fabick Tractor in 1975 when the Alaska pipeline was under construction.

This early exposure to pipeline work was just the beginning of a long and successful career that included the development of many long-term relationships with pipeline contractors in the US and internationally.

Throughout his career, Gerry has been actively involved with the International Pipe Line & Offshore Contractors Association (IPLOCA), serving several terms on the board of directors.

One of the original employees of PLM when it opened its doors in 2005, Gerry has been instrumental in the development of PLM as the global Cat® dealer for pipeline equipment.

Since then Gerry has travelled the world promoting PLM and Caterpillar®, leveraging his significant experience in the international pipeline business and a host of long earned relationships with contractors and local dealers to close deals on nearly every continent.

Gerry’s hard work and dedication has been a major factor in the growth and success of PLM over the past 14 years. PLM’s employees and partners feel privileged to have worked with Gerry and sincerely thank him for his outstanding contributions to the company and the pipeline industry.

Sean McNally joined PLM on 22 May 2017 as the Director of Business Development for the EAME (Europe, Africa and Middle East) region and has been working with Gerry Grothe since that time to understand the market and dealer landscape as well as develop customer relationships. As of 1 April 2019, Sean will assume all sales and business development responsibilities for this region.

Sean graduated from Miami University, Oxford, OH, in 2000 with a Bachelor of Science in Marketing from the Richard T. Famer School of Business.

Prior to PLM Sean worked eleven years for Hayes Performance Systems (HB), headquartered in Milwaukee, Wisconsin with nine of those years living abroad.

Sean and his family reside in The Hague, Netherlands, PLM’s EAME headquarters.

Read the article online at: https://www.worldpipelines.com/business-news/02042019/plm-announces-personnel-changes-in-eame/