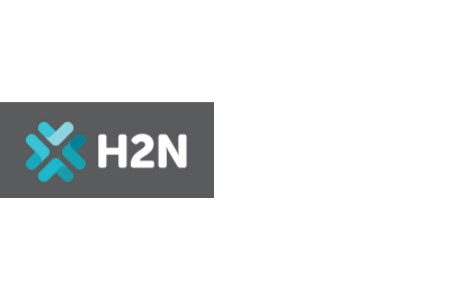 Pipelines vs Powerlines: a Technoeconomic Analysis in the Australian Context provides a detailed analysis of the comparative costs of storing and transporting energy by pipelines as against powerlines from energy generators to users. Determining this comparative cost is a critical element to inform the energy transition roadmap for such places at the Hunter Valley. It is also crucial for achieving the lowest cost decarbonisation, yet it has not been widely researched until the release of this report.

“Our H2N analysis strongly aligns with AGPA’s report findings - pipelines are a far more cost-effective option for the storage and delivery of energy over distance for the hydrogen industry and its derivatives – commercially, environmentally and from a social licence perspective.” said Vincent Dwyer, co-founder at Energy Estate. “It is this view that underpins the core thesis of our H2N project and encourages the building of the right “backbone infrastructure” linking the development of NSW’s renewable energy zones to the development of the Hunter as Australia’s first “hydrogen valley”.

The AGPA report provides a range of scenarios for gas and electricity infrastructure, and the results are extremely compelling. Of particular relevance for H2N is the focus the analysis performed on hydrogen pipeline transmission and storage where hydrogen will be exported or used directly, or for manufacturing derivative products.

According to the report, “Energy transport via pipelines is up to five times more cost effective than energy transport via high voltage powerlines. Energy storage in pipeline linepack can be hundreds of times more cost effective than utility scale battery and pumped hydro energy storage.” Furthermore, the report shows that the track record of pipeline infrastructure is more reliable and more environmentally friendly than electrical infrastructure. The report concludes that “The results from the Study show energy transport and storage via pipeline infrastructure is a more cost competitive and reliable option than its electricity counterparts and should be considered an essential part of the future netzero energy value chain.”

“Commercial scale hydrogen production and pipeline transmission and storage is the single most effective way of creating internationally competitively priced hydrogen in the Hunter” said Simone O’Sullivan, Director at Energy Estate. “H2N will help position the Hunter as Australia’s leading renewable energy hub and exporter, transforming the region into a global superpower of renewable energy supply.”

H2N is a large-scale hydrogen production, pipeline transportation and downstream production project that will enable Australia’s first ‘hydrogen valley’ in NSW’s Hunter Valley, with the potential to unlock the neighbouring renewable energy zones and bring hydrogen to the industrial heartland of the Hunter, with huge export potential.

The H2N project is being developed by one of Australia’s leading energy decarbonisation developers, Energy Estate, under its Hydrogen Growth platform, which focusses on developing green hydrogen opportunities throughout Australia and internationally. It builds on Energy Estate’s existing projects in the region, including the Walcha Energy Project, which proposes to connect to the Hunter through WalchaLink. Energy Estate is also working on green energy industrial precinct developments in the region, with the aim of using the skills and resources already available throughout the Hunter Valley and bringing new domestic manufacturing opportunities to the Hunter.

Read the article online at: https://www.worldpipelines.com/business-news/02032022/h2n-supports-the-australian-gas-pipeline-associations-new-report/